Following Daylight Saving Time legislation in the US 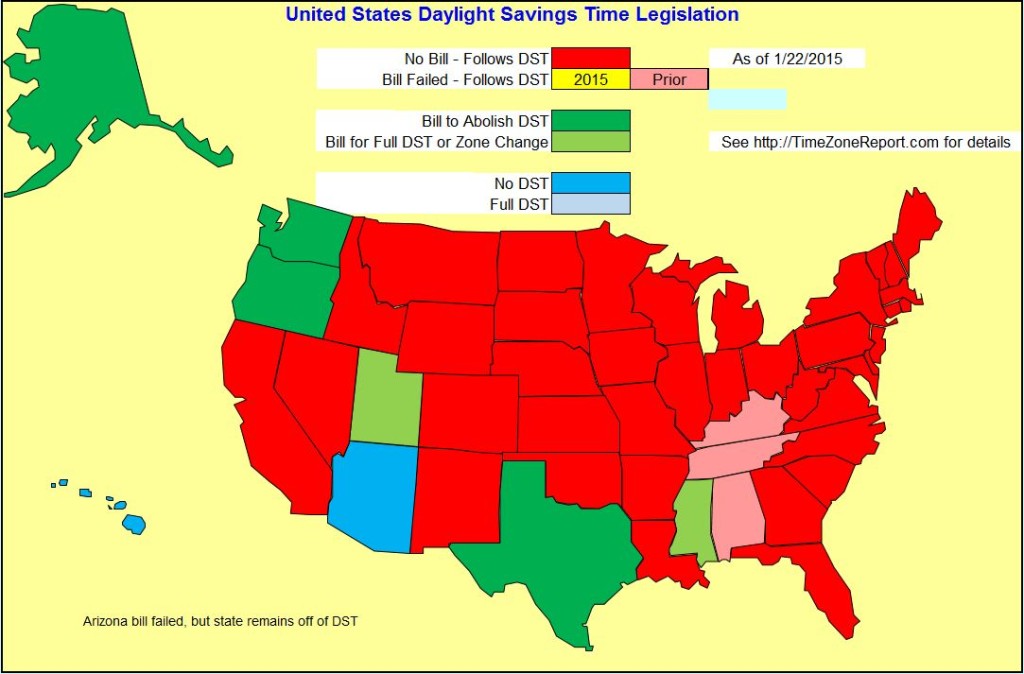 There was new legislation from Alaska and Washington in the last 24 hours. See more info on Alaska’s HB 64 and Washington’s HB 1479.

In spite of Washington’s HJM 4001 which asks the US President and Congress to change US Code to permit Year-Round DST, their HB 1479 would have the state go to Pacific Standard Time year-round, effectively abolishing DST in the state.

Alaska’s new bill from the state House of Representatives is word-for-word the same as SB 6 from the state’s Senate. I think this bodes well for the demise of DST in Alaska.

Take a look at the map (click to see an expanded view) to see that active legislation continues in six states: Alaska, Mississippi, Oregon, Texas, Utah, and Washington. The Arizona legislation to adopt DST was withdrawn 6 days after it was filed in early January.

We’re researching states that had DST-related bills in earlier years, and so far we’ve found 2014 legislation from Alabama, Tennessee, and Kentucky.  I’ve been told that Alabama may re-introduce legislation in its 2015 session, which officially starts March 3.